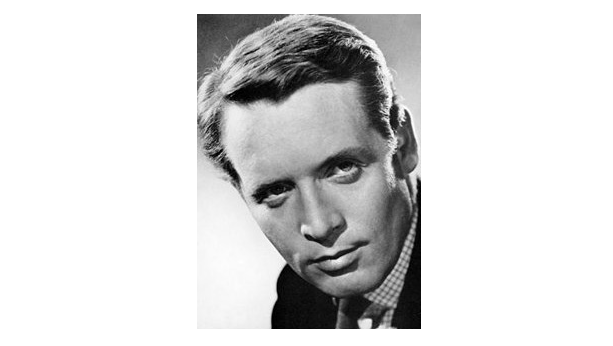 The Prisoner is an allegorical UK 1960s science fiction television series starring and co-created by Patrick McGoohan. It follows a former British secret agent who, after abruptly resigning from his position, is held captive in a small village by the sea by an unidentified power which wishes to establish the reason for his resignation. Episodes typically feature the unnamed prisoner, labelled "Number Six" by his captors, unsuccessfully attempting to escape from "the Village", but successfully resisting interrogation and attempts of brainwashing. The show was created by McGoohan and George Markstein, with exteriors filmed primarily on location at the Hotel Portmeirion in Penrhyndeudraeth, North Wales. The protagonist, played by McGoohan, is apparently a former secret agent of the British government during the Cold War. He is never identified by name and the exact nature of his job is never explicitly indicated, though numerous episodes provide clues. After resigning his position, he is kidnapped and held prisoner in a small, isolated, eccentric seaside resort town known only as the Village. The Village is openly administered by an official designated as "Number Two". Leo McKern appeared as "Number Two" in three episodes. 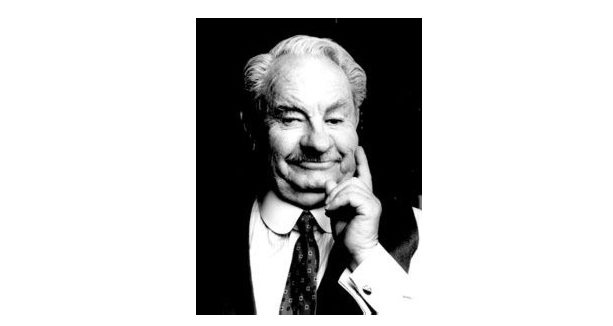 George Markstein was a British writer of thrillers and teleplays. He was born in Germany but emigrated to England with the rise of the Nazis. Before working on The Prisoner, Markstein had served as script consultant on McGoohan's Danger Man series. He co-wrote the screenplay for The Odessa File in 1974. Markstein can be seen in the opening sequence of The Prisoner - as the bald, bespectacled 'man behind the desk', to whom McGoohan's character is seen angrily handing his letter of resignation.

Initial past life readings for this Soul Group indicated a connection with the Germanic royal bloodlines. Leo McKern's resemblance to William I of Prussia was noted, but was rejected as an accurate past life match. 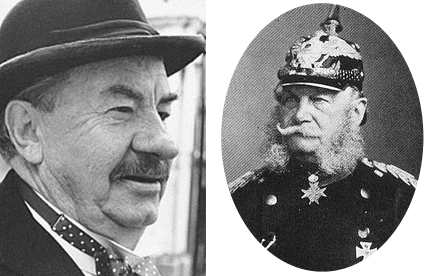 Similarly, Patrick McGoohan's resemblance to William's son, Frederick III was noted and rejected as an accurate past life match

The German Emperor, William I was a younger brother of King Frederick William IV of Prussia.

This led to the discovery of a very surprising and different Soul Group! Benny Hill died in 1992. He was a distant relative of the Australian actress and singer Holly Valance (Hill's cousin being Valance's grandfather). 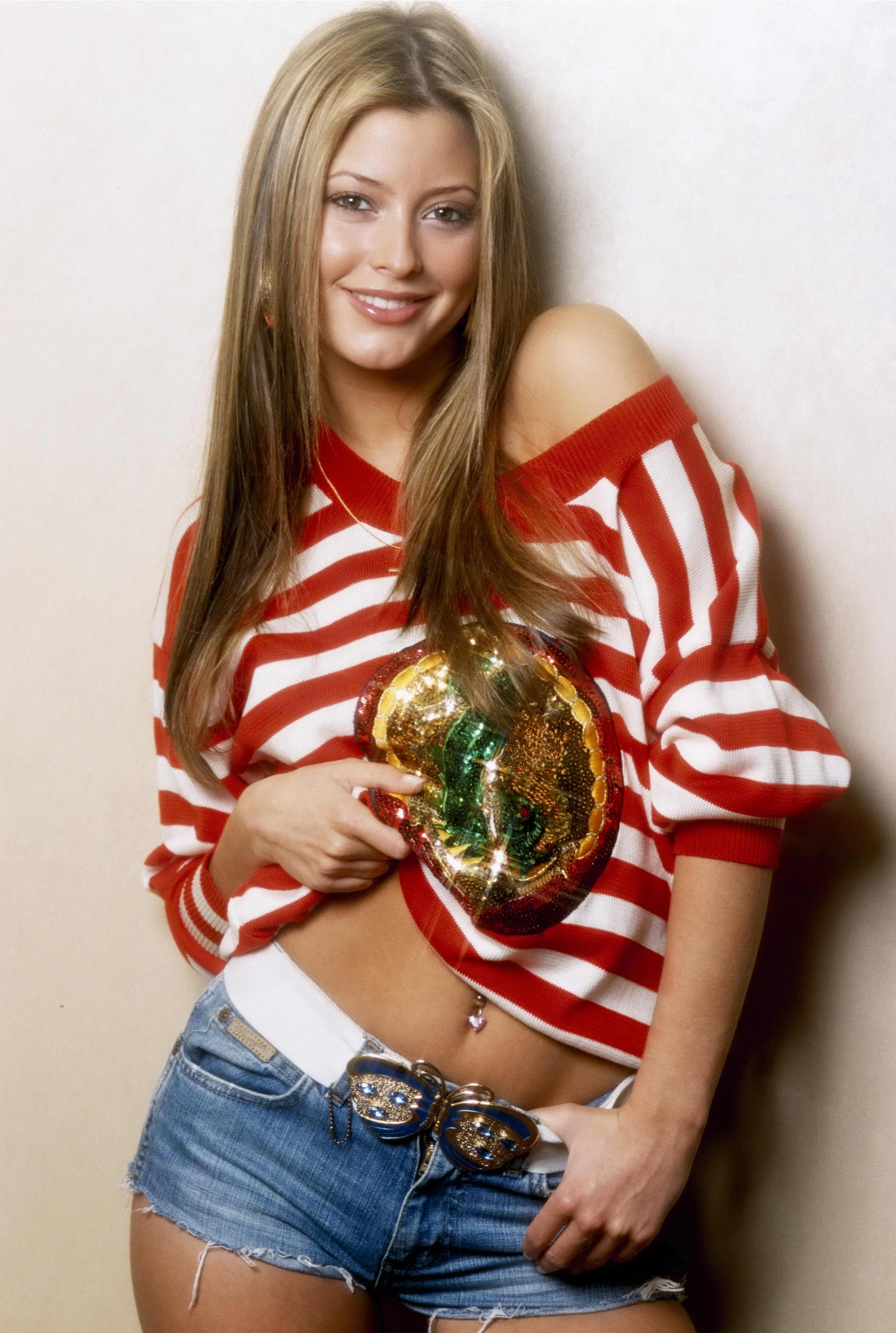 Apparently Holly Valance was Elisabeth Ludovika of Bavaria, who married the future Frederick William IV of Prussia in November 1823.

Benny Hill began appearing at working men's clubs and Masonic dinners before graduating to nightclub and theatre jobs. Hill auditioned for Soho's famed Windmill Theatre (home of Revudeville, a popular show of singers, comedians and nude girls), but he was not hired. Benny's first job in professional theatre as a performer was as Reg Varney's straight man, beating a then-unknown Peter Sellers for the role.

Reg Varney turns out to be the reincarnation of Frederick William III of Prussia.

Reg Varney's greatest success was in the sitcom called On The Buses. Reg played the lead character of Stan Butler, a long suffering but loyal man who never gets his way with the ladies.

The bane of Stan's life is Inspector Cyril "Blakey" Blake (Stephen Lewis) who is often checking up on him and his conductor and best friend, the cheerful, bucktoothed Jack Harper (Bob Grant), and threatening them with the sack for lateness and untidiness. Not coincidentally, Blakey sports a toothbrush moustache and general appearance very much in the image of Adolf Hitler. His catchphrase is "I 'ate you Butler!" and "you've made my day". 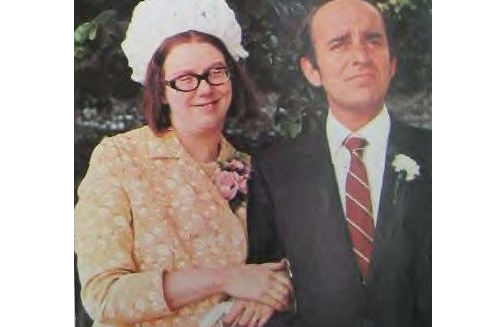 It seems Michael Robbins was the reincarnation of William I of Prussia.

William I of Prussia married Augusta of Saxe-Weimar in 1829.

In 1781 Frederick William, then prince of Prussia, inclined to mysticism, had joined the Rosicrucians, and had fallen under the influence of Johann Christof Wöllner (1732 - 1800), and by him the royal policy was inspired. Wöllner, whom Frederick the Great had described as a "treacherous and intriguing priest," had started life as a poor tutor in the family of General von Itzenplitz, a noble of the Margraviate of Brandenburg, had, after the general's death and to the scandal of king and nobility, married the general's daughter, and with his mother-in-law's assistance settled down on a small estate. By his practical experiments and by his writings he gained a considerable reputation as an economist; but his ambition was not content with this, and he sought to extend his influence by joining first the Freemasons and afterwards the Rosicrucians. Wöllner, with his impressive personality and easy if superficial eloquence, was just the man to lead a movement of this kind. Under his influence the order spread rapidly, and he soon found himself the supreme director (Oberhauptdirektor) of several circles, which included in their membership princes, officers and high officials. As a Rosicrucian Wöllner dabbled in alchemy and other mystic arts, but he also affected to be zealous for Christian orthodoxy, imperiled by Frederick II's patronage of "Enlightenment", and a few months before Frederick's death wrote to his friend the Rosicrucian Johann Rudolph von Bischoffswerder (1741 - 1803) that his highest ambition was to be placed at the head of the religious department of the state as an unworthy instrument in the hand of Ormesus (the prince of Prussia's Rosicrucian name) "for the purpose of saving millions of souls from perdition and bringing back the whole country to the faith of Jesus Christ." Frederick William II of Prussia was devoted to the arts - Beethoven and Mozart enjoyed his patronage, and his private orchestra had a Europe-wide reputation. Although he had a numerous family by his wife, he was completely under the influence of his mistress, Wilhelmine Enke, afterwards created Countess Lichtenau, a woman of strong intellect and much ambition.

Patrick McGoohan is the reincarnation of Wilhelmine Enke!

Adolf Hitler is a member of this German Royal bloodline. He was the reincarnation of his great hero, Frederick the Great!

It turns out we can find Leo McKern as Frederick the Wise, Elector of Saxony. He is notable as being one of the most powerful early defenders of Martin Luther, Lutheranism, and the Protestant Reformation. Frederick was among the princes who pressed the need of reform upon Maximilian I, Holy Roman Emperor and in 1500 he became president of the newly-formed council of regency (Reichsregiment).

Charlie Chaplin who died in 1977, was a fan of Benny Hill's work: Hill had discovered that Chaplin, his childhood idol, was a fan when he was invited to Chaplin's home in Switzerland by Chaplin's family and discovered that Chaplin had a collection of Hill's work on video. It has been said that Adolf Hitler loved Chaplin so much that he trimmed his handlebar mustache to match The Little Tramp's - which later made it easier for the strongly anti-fascist Chaplin to parody Hitler in The Great Dictator. However, Adolf Hitler's hatred of the politically outspoken movie star is apparent in a yellowing book of Nazi propaganda which includes Chaplin in a hit list of prominent Jews!

Truths of great import are hidden in plain view, but few, so very few, ever get to see them!

Most of the biographical data relating to famous living, dead or reincarnated persons was either copied directly from articles found at Wikipedia or slightly modified. It therefore remains free under the GNU Free Documentation License (GFDL).

Past life readings were supplied by trained expert Brianstalin who has studied with various gifted healers and teachers including the Dalai Lama.

Brianstalin reminds us that although the Akashic Records remains the ultimate source of all knowledge, we must access this source directly in order to determine the truth of what he or anybody else is telling us.